I found it hard to read and at the same time hard to put down.

I cried. I reflected. I was inspired.

Sara Holtz
Author, Advice to My Younger Me: Career Lessons from 100 Successful Women

I purchased your book this week.  I am halfway through it.  I am so moved by your story.  I can relate to sections of each sisters’ story and how each responded.  I want to say Thank You to each one of you.  I believe that when we are vulnerable enough to share our stories, others find the courage to face theirs.  Telling our stories takes the power out of the shame so many of us carry and allows us the power to own our story instead of allowing it to own us!  Thank you for being such champions.  I have much respect for each of you.  You are changing lives!  Big Hugs!

I wanted to thank you and your sisters for your incredible presentation at the conference last week. You each shared so powerfully and I was honored to be in the space with you all. The way you outlined the presentation was so impactful and you did an amazing job highlighting the different ways that you each responded to the trauma you experienced. Hearing about Bill and about Boy the dog was absolutely moving. In the Office of Victim Services and our batterer intervention program, we talk a lot about “Enlightened Witnesses” – those people (or pets) that got us through the hardest of things, that saw us and loved us and who we could be our whole, imperfect selves with. You all spoke masterfully about enlightened witnesses. I’m so grateful you included that piece in your presentation.

I was also so so moved by the relationship between the three of you. It was such a gift to hold space with you as you spoke vulnerably, belly laughed and supported each other. You modeled resilience and provided such a hopeful space.

Thank you so much for sharing your experience. It’s powerful and healing and I’m grateful. Please pass my thanks and gratitude on to your sisters, if you have the chance.

I wanted to reach out after attending you and your sister’s workshop today at the Mental Health KC Conference. I want to express my sincerest gratitude to all of you.

It was impactful, and I feel the need to give all of you a huge virtual hug. You and your sisters are truly amazing! 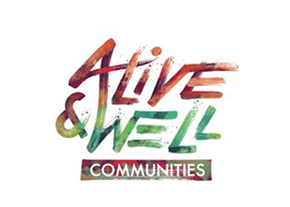 How to corral conflicting visions – with care

A coalition of more than 100 area social service agencies, behavioral health centers, institutions and more joined forces to address the societal ramifications of trauma and toxic stress. But, as is typically the case when large groups join forces, the collective felt messy. Lots of people meant there were lots of opinions – about how to grow and govern. Lots of stakeholders meant there was a lot at stake, including organizations needing to meet their individual goals. And, lots of commitment meant high emotions ran high.

It’s a good problem for a community to have – lots of passionate people committed to helping people heal. But passion doesn’t always solve the problem.

That’s where TeamTech came in.

The Kansas City group, operating at the time under the name Trauma Matters KC, requested TeamTech’s help to design and navigate a process for consensus. They needed someone who could act quickly as well, since the group’s grant was ending. There was significant tension around the question of which umbrella group could best build upon previous successes – and lead future work.

“There were lots of voices that needed to be heard,” said Jennifer Brinkman, who was involved in the process and serves as president of Alive and Well Communities in St. Louis. “And a lot of confusion among the various stakeholders about who was doing what.”

Time was critical in this initiative. Not only did the groups need to find a solution, they needed to do so quickly in order to maintain the excitement of the volunteer workforce and leverage its commitment.

“TeamTech was so efficient. They were quickly able to see clarity and move us through the problem to a solution,” said Brinkman.

Patricia Davis, a program manager for trauma-informed care at Kansas City’s Children’s Mercy Hospital, said TeamTech got up-to-speed quickly. “Team Tech was highly recommended as an expert at capacity building, but they were able to do that in a way that mirrored how we work. Awareness of trauma informed care, toxic stress and resilience was not only relevant to the ultimate goals of the coalition, but was also imperative to the process of reaching those goal,” said Davis. “They were able to incorporate the concepts and principles into the work and with all negotiations.”

Meanwhile, across the state of Missouri, the same issues faced a similar group. Alive and Well St. Louis, also dedicated to understanding the role and impact trauma plays in a community, was losing its sponsoring organization.

So first, TeamTech, led by CEO Kathleen Harnish McKune, helped the Kansas City groups unite under a common mission, and then TeamTech helped that group unite with the St. Louis group. By forming one overarching non-profit, the new group, called Alive and Well Communities, is able to leverage economies of scale, best practices – and a whole host of resources.

“I cannot tell you how impressed we were that she could move us through the process that quickly – without losing people along the way. She never compromised input for speed,” said Brinkman.

Today, the organization is up and running, sharing a common vision, and working hard to make Missouri a healthier state.