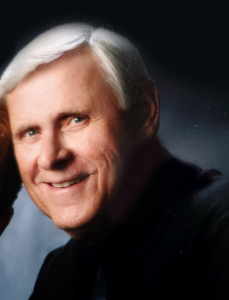 In the early morning hours of July 11, 2021, our co-founder and colleague, William “Joel” Wright passed peacefully as he slept. TeamTech would not be the firm we are today if it was not for Joel. Here is what I would like you to know about him.

Sometimes we are lucky enough to meet someone who profoundly changes and reshapes us, suddenly providing a deeper meaning to our life’s journey. In December 1987, I became one of those lucky people when I met Joel Wright. I didn’t know at the time how all of this would play out but I did know, in no uncertain terms, that I had just met a special individual. I believe so many of us knew that instantly upon seeing Joel facilitating a group of people.

Six years would pass (1993) before I had the opportunity to really get to know Joel. I had launched my TQM Consulting business in 1991. I was in Dallas working with Southwest Securities on TQM implementation when I suddenly found myself confronted with a challenge I did not know how to navigate – Culture Change. As Joel and our other co-founder, Priscilla Wilson, liked to say when we would recall that day, “Kathleen came over for advice and never left.” So it was that I once again found myself marveling at the magic of the master of facilitation and group dynamics – Joel Wright.

Joel could lead a room of people (from 5 to 500) in a reflective conversation that you would swear was pre-planned and pre-orchestrated. However, it was the questions that were deliberately planned with foresight, not the participants nor their responses. That was the magic that Joel brought to every situation. Joel had an uncanny ability to quickly read a room and the people in it and then ask questions that literally dropped the bottom out of the conversation. You could hear a pin drop when that happened in the reflective pause that reverberated in the room.

So it was in 1993 when my mentorship began. Joel set out to teach me what he had learned when working all over the world with the Institute of Cultural Affairs – a sort of private Peace Corps. He began to teach me how to lead reflective conversations, read group dynamics, manage an organization through the dynamics of change and help groups think and take action together. Then, in 1996, Joel, Priscilla, and I merged our two firms to form TeamTech.

Since that merger, TeamTeam has worked for two Kansas governors, almost every state agency in Kansas, touched almost all of our 105 counties in Kansas, and many non-profit organizations and foundations in the state. We won the 2006 Innovations Award from the Council of State Governments for our work in the Kansas Collaborative. Governor Sebelius’s Chief of Staff once told Joel and me privately, “Kansans will not know the positive impact you have had on their lives by your work, but we three will know.” That is all that mattered to Joel – the difference-maker behind the scenes.

During our 26 years in business together, we learned together, we talked together, we laughed together. We became true colleagues. In time, I realized that Joel was also like a father to me – as much as a colleague and mentor. Some of my best memories are when we would “use our methods on ourselves” and hold our annual strategic planning retreats in Texas, Arizona, or another resort-like location. We would be joined by our spouses for a long weekend after our strategic thinking was concluded where I would get a chance to know Alice better – “my better half,” Joel would so often tell me.

In addition, from Joel and his beautiful wife Alice, I learned what it was like to be loved unconditionally. I did not grow up learning or experiencing that so I did not trust it. On several of our trips across Kansas I would look over at Joel and say, “So when are you going to toss me aside?” The first time I asked he looked dumbfounded. Over time, he knew what that question meant. I was testing and pushing, wondering when the next shoe would drop because it always did in my family.

It never did—not with Joel or Alice. Their love was real, it was there to stay and it was unconditional, priceless and unmeasurable. Joel and Alice would introduce me sometimes as Joel’s business partner, sometimes as their ‘adopted’ daughter. I was most proud of the second role. Even after Joel’s retirement in December 2015, we all stayed in regular contact since he and Alice stayed in their North Kansas City home. Joel, Alice, my husband David, and I even vacationed together in Tucson and Roatan Island, Honduras.

I want to leave you with a few of the Joel-isms I have collected over the years. He always said them with a smile and a sparkle in his beautiful blue eyes. I can picture that look right now…

“Sometimes the best gift you can give someone is the gift of reality.”
“Vision without reality is pie in the sky. Reality without vision is business as usual.”
“You can trust your colleague to be your colleague.”
“Start from where people are.”
“Remember to weave the silver thread.”
“Let’s wind it up and let it go.”
“So often, right strives with right.”
“You can only look as far into the future as you can into the past.”
“Only ask a question when you really want to hear the answer.”
“Beware – when you have a hammer, everything can look like a nail.”

There were so many, many more including my personal favorite, which always made us laugh: “Now, Kathleen, don’t get into a pissing contest with a skunk, for you will be the one that comes out smelling.”

I, like many of you, were one of the lucky ones on this earth to have crossed paths and walked with William Joel Wright. He will be forever in our hearts, our minds, and our facilitative ways. I miss you, Joel. My promise to you, as it has always been, is to keep the lessons you so graciously taught me alive and to pay them forward.