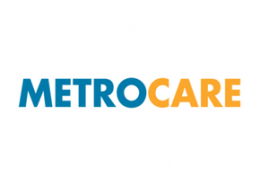 When several non-profits realized their missions had grown incredibly similar – while funding had grown sparser – they initiated talks of merging. The non-profits all, in one way or another, provided medical care for patients who fell through the cracks. The safety net of the safety net is how they described themselves.

Andrea Routh, CEO of one of the medical societies at the time, knew merging them would be tough. They were all strapped with small staffs, busy Boards and an ever-increasing demand for services.

After securing a grant to pay for facilitators, the group of non-profits tapped TeamTech to help them assess the feasibility of a merger. Could they do it? What would the resulting organization look like? And, most importantly, how would it impact their clients?

After months of meetings focused on unraveling the complex organizational structures of each entity, the groups agreed on a resolution for the Kansas City Medical Society Foundation to run the different programs, taking leadership over the initiative.

“I cannot believe that TeamTech was able to bring us to consensus,” said Routh. “There were 50 balls in the air at all times – and a lot of egos tossing them.”

On track and on task

Of all the many skill sets Kathleen Harnish McKune, CEO of TeamTech, brought to the table, her relentless focus on the future was, perhaps, the most impressive. Kathleen was organized, efficient and always thinking about the next decision that needed to be made.

Interested in learning more about how TeamTech can get your organization moving?